Charlotte Pomerantz lives on an island about thirteen miles long and two miles wide at the mouth of the Hudson River.

My first brush with literary criticism came in my last year of elementary school. Miss Snow, my beautiful English teacher with snow-white hair, read one of my stories aloud to the class and asked them to comment. At the end of the day, I had some twenty signed pieces of paper which read, “Gee, Charlie, that was a good story … It made me laugh out loud … the ending was a surprise …”

I don’t recall the story, but I do recall the pure happiness with which I read these comments. These weren’t my parents; this was a whole classroom of kids who hardly knew me. Perhaps this is the kind of reassurance that one looks for in a writer’s workshop.

The opening sentence of the first manuscript I submitted was, “John was a bear and so was his grandmother.” I received five hundred dollars and became a published author. 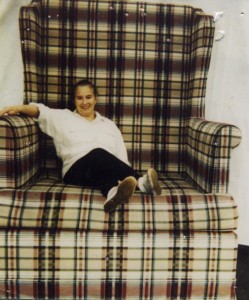 Charlotte is the author of 35 books for children. Listed below are several of her award-winning titles.